The growth challenges of cable and satellite companies

Cable and satellite companies are increasingly finding it difficult to get the growth in customers and revenue they would like.

Over the past 4 decades they achieved growth first by introducing services in new markets and by acquiring smaller providers and then, as unserved markets and acquisition opportunities declined, by offering an increasing number of channels, telephone and internet services.  The strategy increased customers and revenue, but inevitably let to a mature market in which only lower growth was possible.

In the past decade cable and satellite overcome that maturity and achieved growth by offering a variety of new services and products to consumers--allowing them to access programming at times it is not offered on their channels or systems or in different forms--and syndicating their original programs and finding new income through merchandising and related activities. The development of connected TV and use of video on laptops, tablets, and smartphones has spurred use of these new products and services. 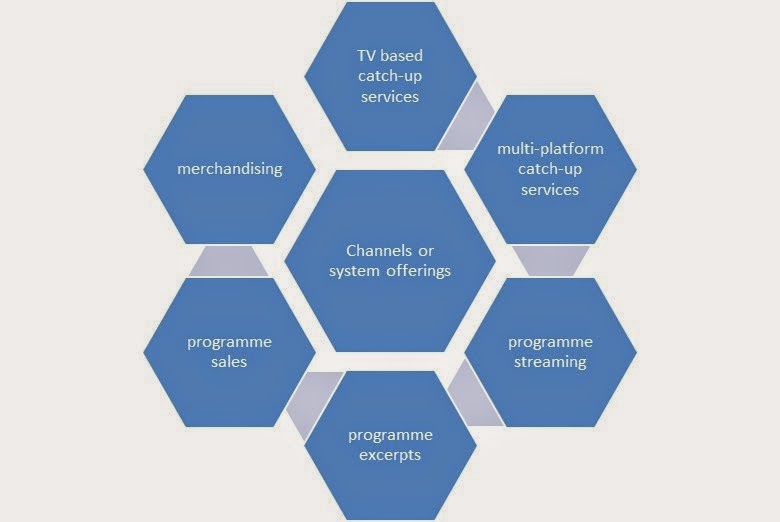 These strategies helped cable/satellite company growth by increasing the time consumers spent with them, creating new advertising opportunities, and new sales and subscription opportunities. Many consumers began making use of these secondary and “over-the-top” services, getting used to the idea of cutting the connection to cable and satellite operators and viewing content in different ways.  This move to internet-based services and non-television viewing initially created growth, but that growth is now being challenged by well-funded new providers from outside the cable/satellite industry. These external competitors contend strongly in the new markets and are taking customers and revenue away from the cable/satellite operators—stripping them of growth. 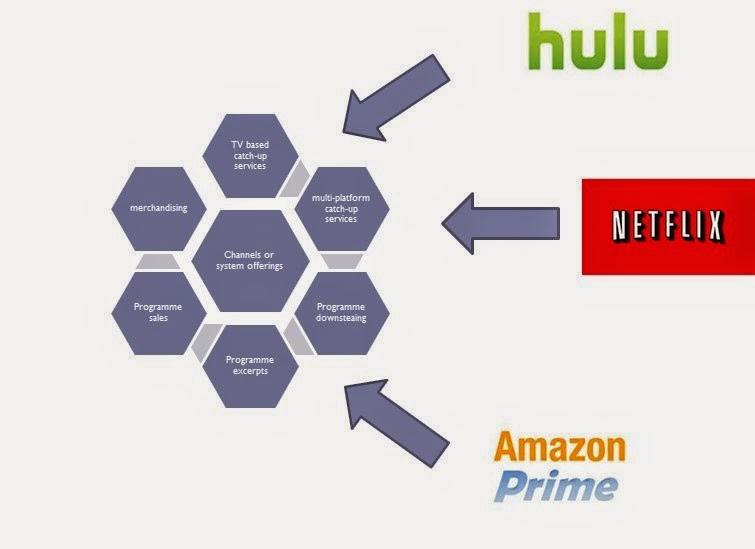 This change has shaken the cable and satellite industry because its executives have been used to growth since its inception and because the internet has taken away the monopolies they held over the distribution platforms that allowed them to charge high prices—about double that for similar services in Europe—and to offer some of the worst customer service of any industry in the U.S. Because easy growth is no longer foreseeable, they are returning to acquisition and mergers as a way to stabilize revenues, reduce costs, and gain immediate revenue growth.  That strategy is being reviewed by telecommunications and antitrust authorities, but—regardless of the outcomes—is symptomatic of an industry that has lost the reasons for its development and success.
Posted by Robert G. Picard at 02:54

Robert, that is a great point, many cable providers are offering more services for mobile devices. So many people have smartphones and tablets, and the technology allows you to watch your favorite shows wherever you might be. I'm curious to see what is going to happen in the future. http://usacommunications.tv/california.php